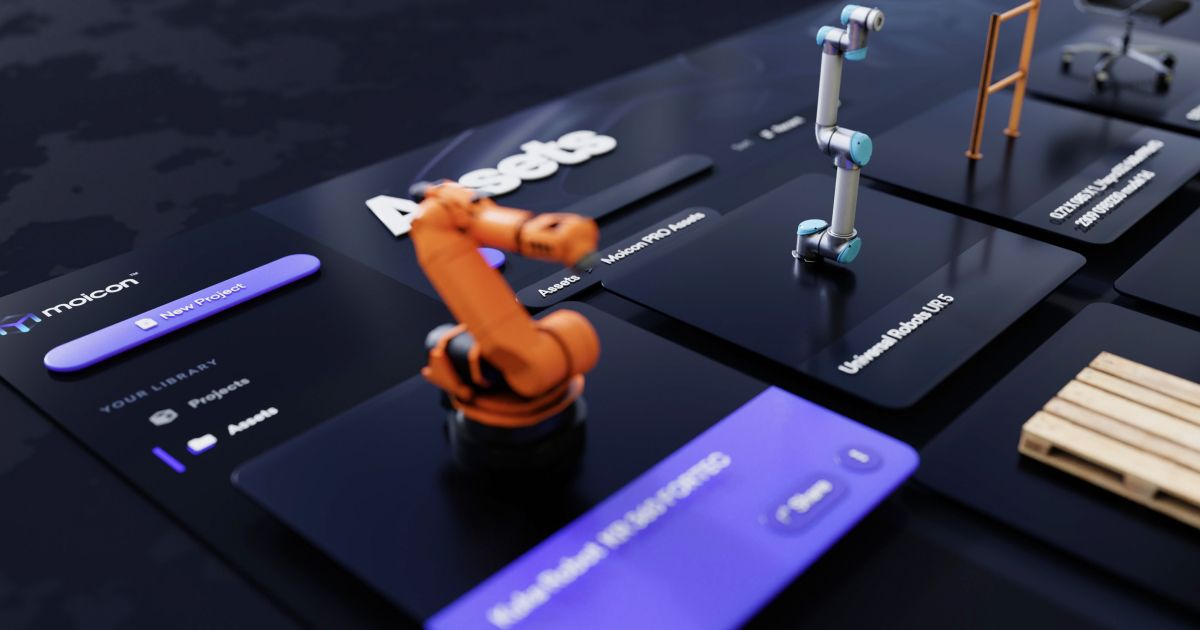 Definition of a Digital Twin

A digital twin is often defined as a digital or virtual copy of a physical thing that exists in the real world.

But that definition is still not quite enough. You get a digital copy just by scanning an image or making a 3D model of an object. It does not make the data file a "digital twin" in this sense.

But what if you mount sensors on the physical object, connect facilities management information with the 3D model? Then we're closing in!

Let's look at another example: We make a digital model of a factory with all the rooms, doors, and windows. All data about the building is inside this model and is easily accessible to those who need it. To keep the digital twin alive - and make it "smart" - we depend on mounting sensors on the building. The sensors, for example, pick up fluctuations in temperature and air quality in each room. It also counts how many people that stay there and notifies the staff when something happens to industrial equipment. This form of communication is what makes up a digital twin.

The Robotic Arm for Industry

For years, human arms have assembled products in factories. New arms, industrial robotic arms, are now functioning in the same way, but at a quicker and more precise pace. That enables us to put the hand where it is needed for our all-round end effector.

Arm robots imitate the flexibility, accuracy, and preparation of human arms for a large range of jobs. The jointed arm robot is free to work in seven degrees, which requires adaptability and skill. The design of a robotic joint arm is comparable to, but not precisely the same as, a human arm. 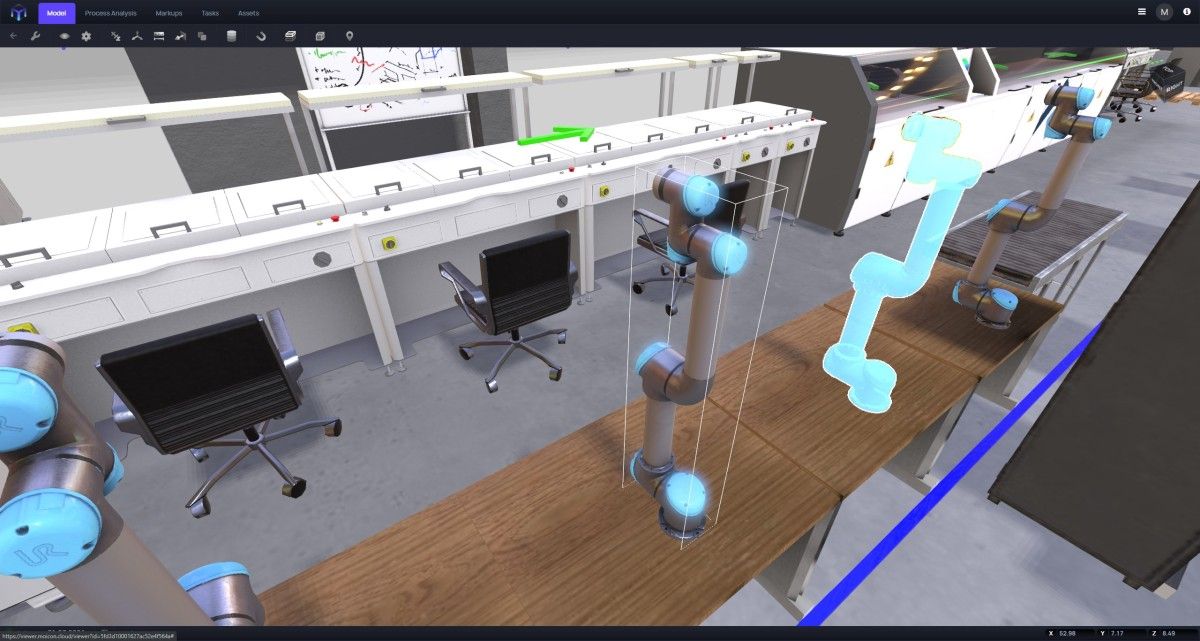 The Universal Robot UR5 has been digitalized and placed in the virtual factory.

Industrial robotic arms move far quicker than human arms and can be harmful if not properly protected. To safeguard the safety of human employees, robotic arms generally incorporate some sort of safety package or sensors.

An industrial robot arm improves the accuracy and precision of the production process. Worker error and labor expenses are reduced by these robotic arms.

Construction of the Robot Arm

The industrial robotic arm, which is often composed of steel or cast iron, is constructed from the ground up, concluding with the wrist and any end effectors required to complete the arm's work. Motors linked to each joint are rotated by a robotic controller. Hydraulic and pneumatic systems are employed to power some of the bigger arms that carry huge cargoes.

Responsibilities of the Robot Arm

These robotic arms are employed for a variety of tasks, including lifting large objects, palletizing massive cargoes, and welding entire automobiles together. A robotic arm's accuracy can assemble even the tiniest motherboard or microprocessor. 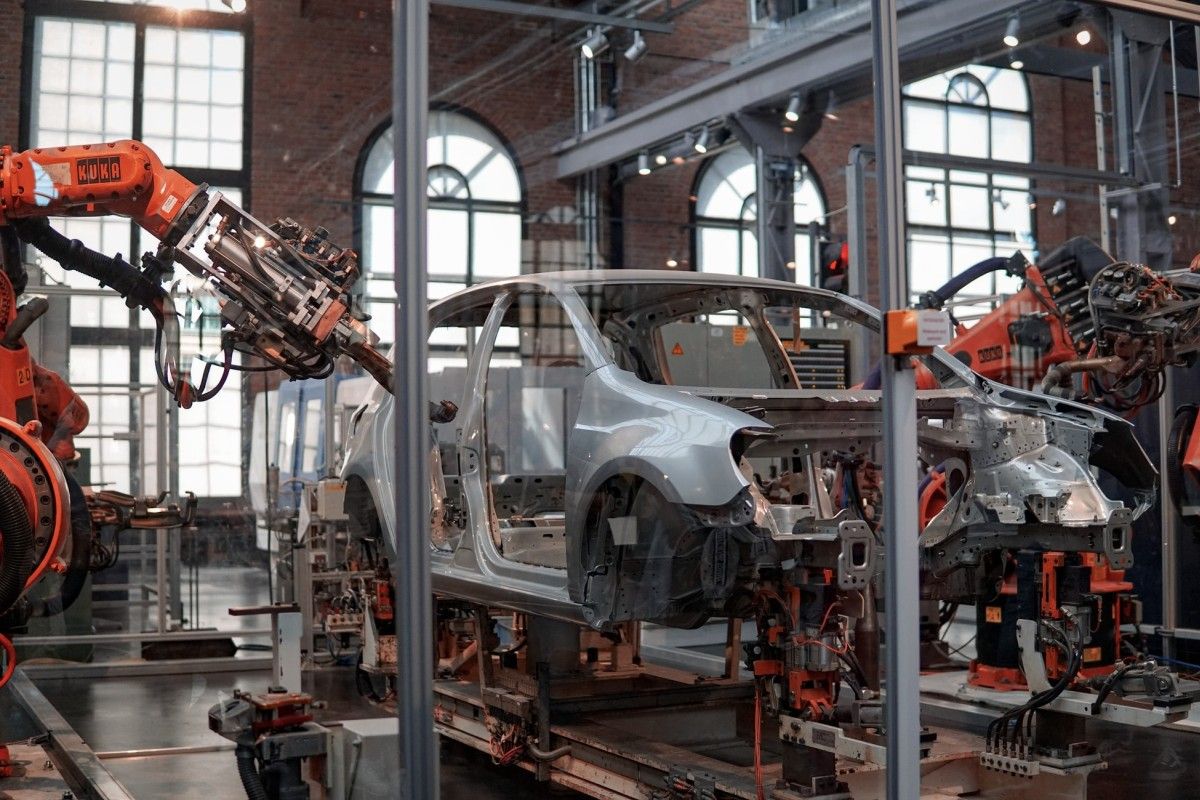 The arm's duty is to move the end effector from one location to another, picking up, placing, removing, or welding a component or the complete work piece. Depending on the manufacturer's demands, these robotic arms can be programmed to do a variety of tasks or one specific one.

A robot employs a total of 7 degrees of freedom to reach each feasible area in its working environment. An arm 1 degree is provided for each direction a joint may travel. A basic robot arm might therefore move in three ways: up and down, left and right, back and forth, with three levels of freedom. Today, many robots with these 7 degrees of freedom are built to move.

Your own arm can be the most easily explained in the movement of the robotic arm. To determine your arm's degree of freedom, make a straight line in front of you with your full arm and perform the following:

Up and down, sway your shoulder. Shoulder pitch is the upward and downward movement of the shoulder.

Your entire arm should be moved from side to side. The arm yaw is the term for this side-to-side movement.

Now, as if you were putting in a light bulb, roll your entire arm from the shoulder. A shoulder roll is a name for this spinning motion.

Keep your arm motionless and simply bend your elbow. Your elbow has the ability to move up and down. The shoulder pitch is the up and down movement of the shoulder.

Flex your wrist up and down without moving your shoulder or elbow. The wrist pitch is the up and down movement of the wrist.

Flex your wrist from side to side without moving your shoulder or elbow. The wrist yaw is the side-to-side movement.

Rotate your wrist as if you were twisting a doorknob without moving your shoulder or elbow. The wrist roll is the rotation of the wrist. 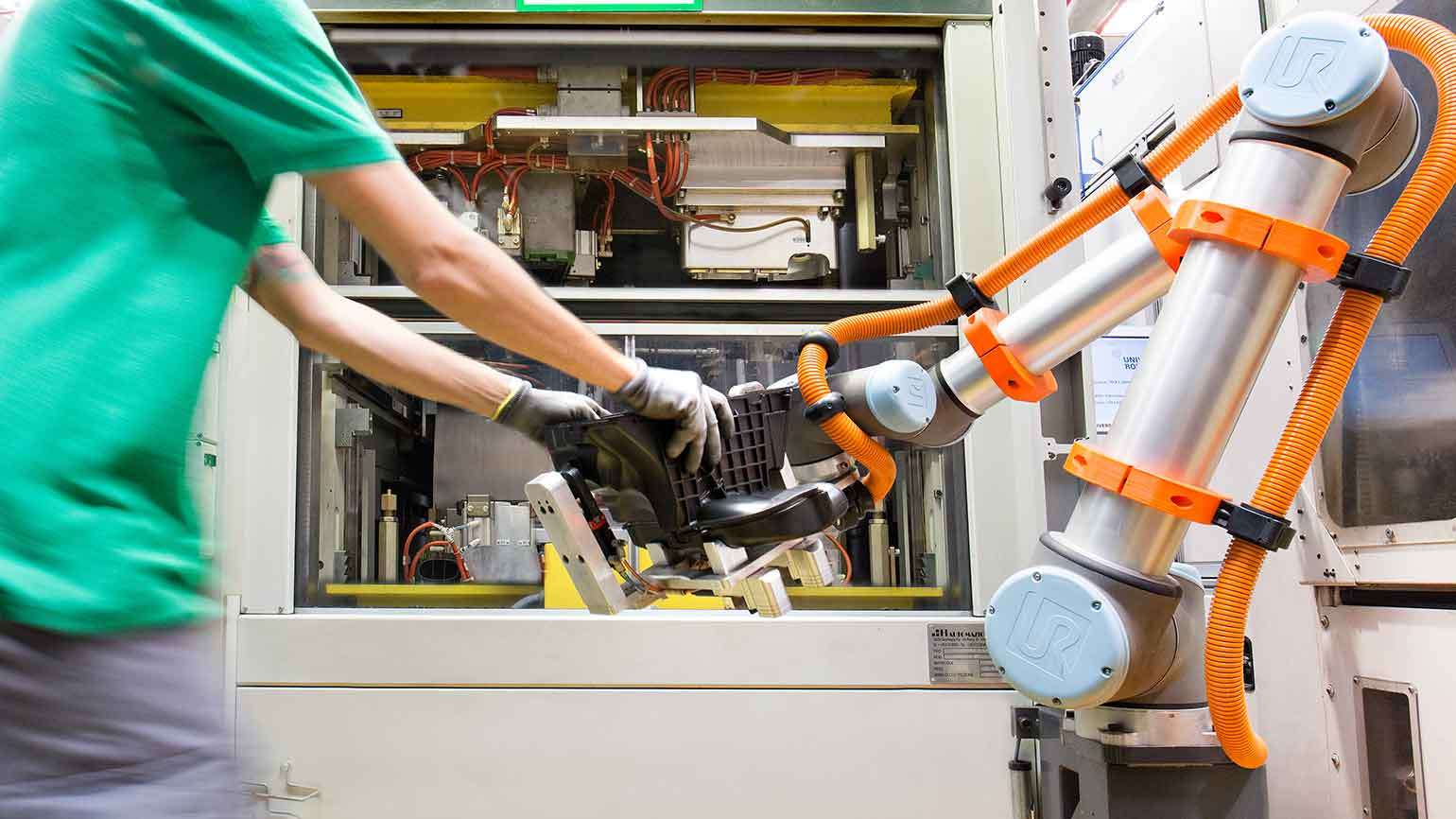 Industries That Use Robotic Arms

Many occupations are dangerous in the automobile industry. Sometimes, as with molten metal in a foundry, the hazards are evident. Robot assemblies prevent employees from being exposed to soldering and paint fumes and to welding flash and stamping press noises.

In automotive assembly, Auto robots reduce accidents and claims of harm by removing employees from filthy and hazardous jobs and settings. They are more insidious at other times, such as lifting, turning, and repeated movements causing skeletal diseases. These dangers for people can be avoided by robots.

In general, the current objective for deploying operating robots is to maximize precision rather than efficiency. The principal uses include surgical aids (holding instruments), tele-chirurgical operations, image-led surgery, and actions like drilling.

More efforts must be made to make operations additional accessible, intelligent, and accurate, to cut surgical time, to make more treatments possible, and to minimize operative waiting lists.

As the components and circuits continue to decrease, the production of electronics becomes more and more complex. Some of the problems faced by the manufacturers in the development of goods include the high density of components, tiny pitches, several layers, and small and thin elements that require accurate placement.

Food robots nearly always win over people in terms of efficiency when it comes to packaging foodstuffs with speed, consistency, or high repetition. Robots are fitted with smart seeing systems that make it possible to put things very specifically on a ribbon with exceptional precision. Robots for the vision system are also used in color, shape, and size classification.

A robot can function on a 24-hour shift, unlike human workers who need breaks and time off. Longer hours of labor and greater speeds make it considerably quicker than possible for robotic welding robots to accomplish their jobs. The output of robotic welders significantly exceeds anything feasible from a person, thanks to the speedier completion times.

Robot automation can reduce production costs, expert workers will still be needed. Competency in programming is needed for autonomous robots. The welder must not only comprehend the solder, but also the limits. Due to the fact that manual welding is still needed by many industries, skilled welders won't soon disappear.

The experimental usage of autonomous systems has recently been increased, automating processes like cutting, thinning, mowing, spraying, and disposal of weed. In addition, sensor technology is used to treat pests and crop-affected illnesses.

The use of robotic manufacturing technologies is growing safer. Robots can detect and avoid humans in the workplace thanks to cameras, sensors, and automated shut-off capabilities.

Many industries are using robotics to assist enhance productivity and efficiency while cutting production costs. Many robots in manufacturing cooperate with employees to execute repetitive, tedious, or sophisticated jobs under the worker's direction and direction. Precision, as well as the capacity to be reprogrammed for specific jobs of various sizes and complexities, is prized more than the speed with these machines.

Advantages and Disadvantages of Use

For robotic automation, there will be no lunch breaks, holidays, sick days, or shift time. It can be programmed to repeat a cycle, and as long as it's maintained properly, it'll keep doing so until it's told differently.

Automated robots can help reduce waste and eliminate the need for people to take excessive risks. Due to the nature of the task, production locations that demand extremely high or low temperatures generally have a high turnover of employees.

If a high amount of chemicals is present, for example, robotic automation is the appropriate answer since it will continue to perform without causing harm. Aside from possible occupational injuries, employees in some sectors may be required to operate in unstable or unsafe conditions.

Robots are wonderful marketing tools that promote your company image and are frequently utilized, even if they don't provide many advantages over a customized non-robotic solution. When partners come to visit you, they are blown away.

When contemplating the installation of this technology, a thorough business case must be developed. The rewards can be enormous, and they frequently occur in a short period of time. In the meanwhile, the cash flow must be sustainable, and the company's stability is not worth the risk if the rewards are merely minor.

When purchasing a robot, it is common for the acquiring firm to lack the requisite competence. Collaborative robots can do a variety of activities in the industry, but industrial personnel must have the necessary skills to make it work. Furthermore, collaborative robots necessitate extra add-ons and external fittings that the majority of consumers are unaware of.

Robots are reportedly taking over occupations that were formerly performed by humans. Once they have better skills, they will be able to replace human workers in the production because of their cost-effectiveness and mechanical competence.

The danger is that if a robot can execute at a quicker, more consistent rate, humans would be obsolete. These concerns are understandable, but they are not entirely correct.

For example, collaborative robots are assisting in the removal of this phobia. Cobots are gadgets that aid human workers in production, rather than replacing them.

Industrial robotic arms are having a favorable influence on the manufacturing business, and the advantages are continuing to rise as newer robots with new specifications are released. We may soon be living in a world where industrial robotic arms labor is the standard at every production facility. 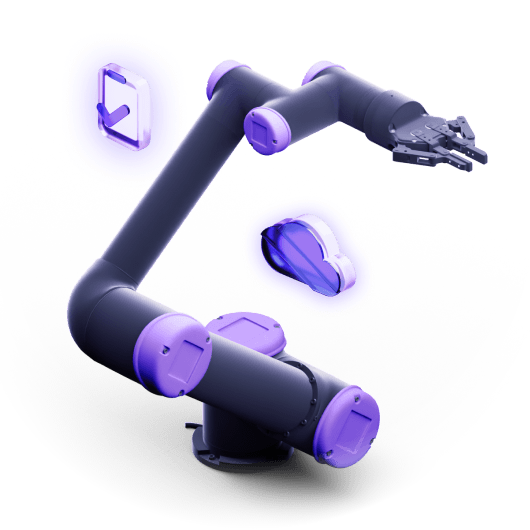 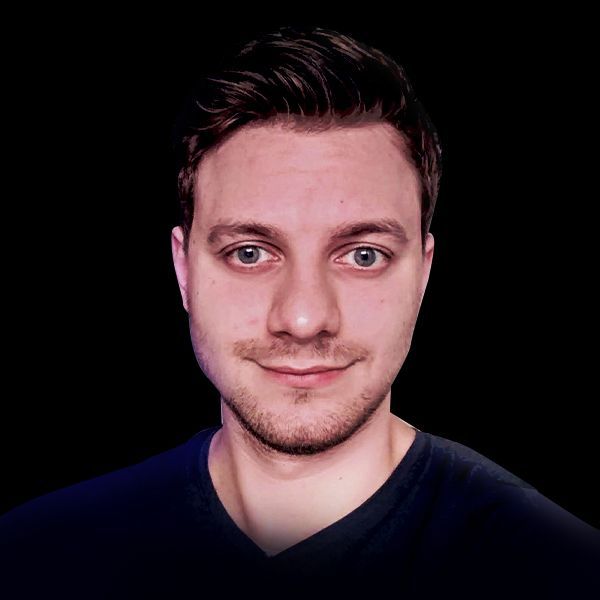 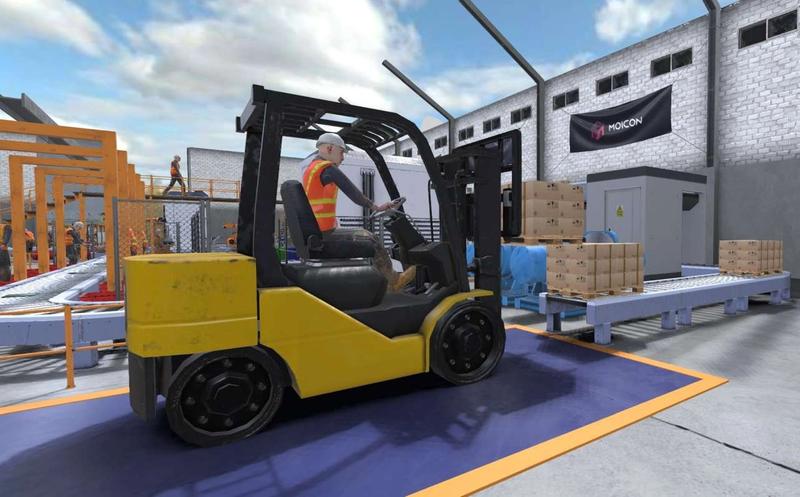 How Digital Twins Are Created? Explained In 5 Minutes. 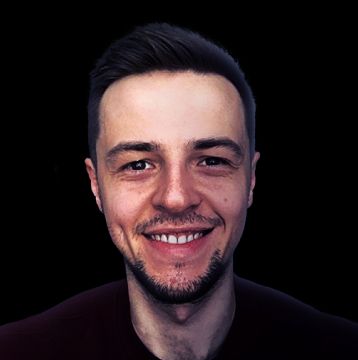